On 5 July the Return to Work (Scheme Sustainability) Amendment Bill 2022 passed in the Upper House of South Australia’s Parliament, and in the Lower House on the following day.

To ensure this Bill was passed, Business SA ran an advocacy campaign aimed at key political players and the media. This included countless meetings with politicians, radio interviews, working with other industry bodies, calculating cost implications for businesses, conducting a survey for our members and publicly disseminating its results, and writing to all 22 Upper House members.

Why is this legislation important for South Australian businesses?

ReturnToWorkSA provides injury insurance for workers in South Australia, though premiums paid by businesses. Premiums are paid as a proportion of wages, similar to payroll tax. The scheme offers financial support to cover wages and medical treatment for those injured in work-related incidents.

These premiums were set to skyrocket because of Supreme Court of SA’s decision in the Summerfield vs ReturnToWorkSA case in March 2021 (appeal refused to be heard in the High Court in November 2021). This decision allowed for injuries from the same incident to be combined — enabling more injured workers to access higher payments, or reaching the threshold to be determined ​‘seriously injured’. ReturnToWorkSA forecast that numbers of seriously injured workers would double, and it would face $1b in liabilities for past claims.

To pay for the additional claims liabilities, the average Return to Work premium rate would increase to at least 2.2 per cent for 2023/24 – an enormous 30 per cent hike over 2021/22 rates (1.7 per cent). And since 2.2 per cent is only the average rate, some businesses would face much higher increases (up to 9 per cent). At 2.2 per cent South Australia’s average premiums would become the highest of all Australian states and territories.

On 2 June, the Malinauskas Government introduced a Bill (the first of two), which would have limited premium increases to 1.8 per cent for 2023/24, saving our members thousands of dollars. According to Business SA’s analysis, this Bill would have fixed problems arising from the Supreme Court’s decision and made the ReturnToWorkSA scheme sustainable again.

However, following an emotive campaign by the Unions the first Bill was withdrawn and replaced by the Return to Work (Scheme Sustainability) Amendment Bill. The first Bill sought to amend the legislation to ​‘fix’ the problem brought about by the Summerfield ruling. The second Bill left the ruling alone yet sought to mitigate the impact of Summerfield by increasing the threshold for an injured worker to be considered seriously injured – and therefore eligible for wages until retirement age and medical coverage for life.

Business SA has been advised that the average premium rate will be 1.9 per cent for 2023/24 – far better than the 2.2 per cent increase had the Bill not passed. Because the Bill provided certainty for our members and limits premium increases, we commend its passing in parliament.

We promise to monitor future developments and apply pressure should the average premium rate not come in at 1.9 per cent for 2023/24 and will continue to tirelessly advocate on this and other issues affecting your business interests. 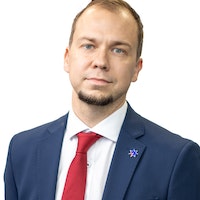 “I’ve got a story to tell, and the Business SA Cultivate Hills program helped m…

The Reserve Bank of Australia is currently working on a pilot for e-dollar, a d…

How will your team thrive?

Beyond the technical skills required to thrive in a team environment, there are…

During October, SafeWork SA will be visiting workplaces across industries to en…

Go back to:
MAP
CALL